Today I wanted to get my year 9's into their project groups.  I wanted them to try and remember some of the capabilities they'd learnt when they were fully engaged in the groups during term one.  I knew it would be a challenge as it would mean having 5 different hangouts for the 5 different groups and I could see that trying to get to each group could be hard.

I created a google hangout for each group on my calendar.  I just put a two-hour block in it just to keep it consistent even though they would not be on for the entire time.

I then shared a 'Project Groups checklist' that had each of the hangout links on them.

I knew it would be messy to send the kids individual calendar links and for me, it would be easy to pop into each group when the hangouts were next to each other.

Each student had editing rights and their task was to go into their group hangouts, collaborate and discuss the questions and come up with a common answer that they'd all agreed on.  As soon as I'd sent out the document, I joined each of the hangouts but kept my mike off until I asked the group a question.  I began the lesson in the main group giving the instructions class. 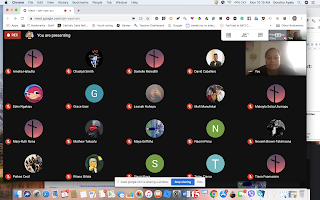 Group Hangouts:
This is what my computer screen looked like with my main google hangout open plus 5 smaller group hangouts.  There was one hangout with 3 students in it and the other four hangouts had 4 students in each. 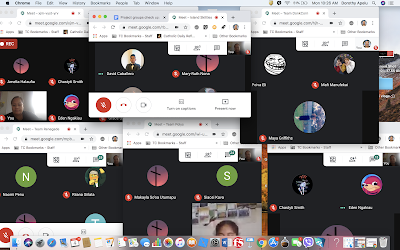 Four of the five groups used the chat feature and one group, Island Skittles, discussed their tasks out loud.  I went into their hangout and asked them if I could record their discussions to help me understand how they collaborated.

My Observations:
One of the things that I noticed is that if a group was involved in discussions where they're mikes were on, it would interrupt another group if I was visiting their hangout and I wanted to verbally check in on them and I needed to turn my mike on as well.  So I have figure that one out.

Another thing I noticed is when I did pop into a hangout, students were chatting like they were talking to each face to face.  Team Poly had students with their camera's on and they seemed to be enjoying the interactions in the smaller groups.

80% of students said they found it was a good way to work and when asked why, some of their responses were as follows:

Reflections:
I definitely want to have the students work in their groups and perhaps think about presenting to each other what they’d learnt.  On our next lesson, I will explain to the students the results of their survey and have them think about how we can utilise the fact that they enjoy the smaller hangout groups better.

The Importance of Making Connections through telling our own stories

Making connections with Pacific ideas in health education - an invitation to tell my own story. Our TIC of Health, Whaea Kata told me ... 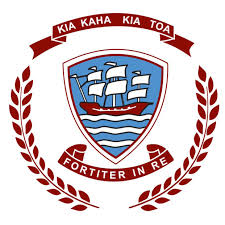